Tool & Equipment Tracking Tech: What Is an Accelerometer? 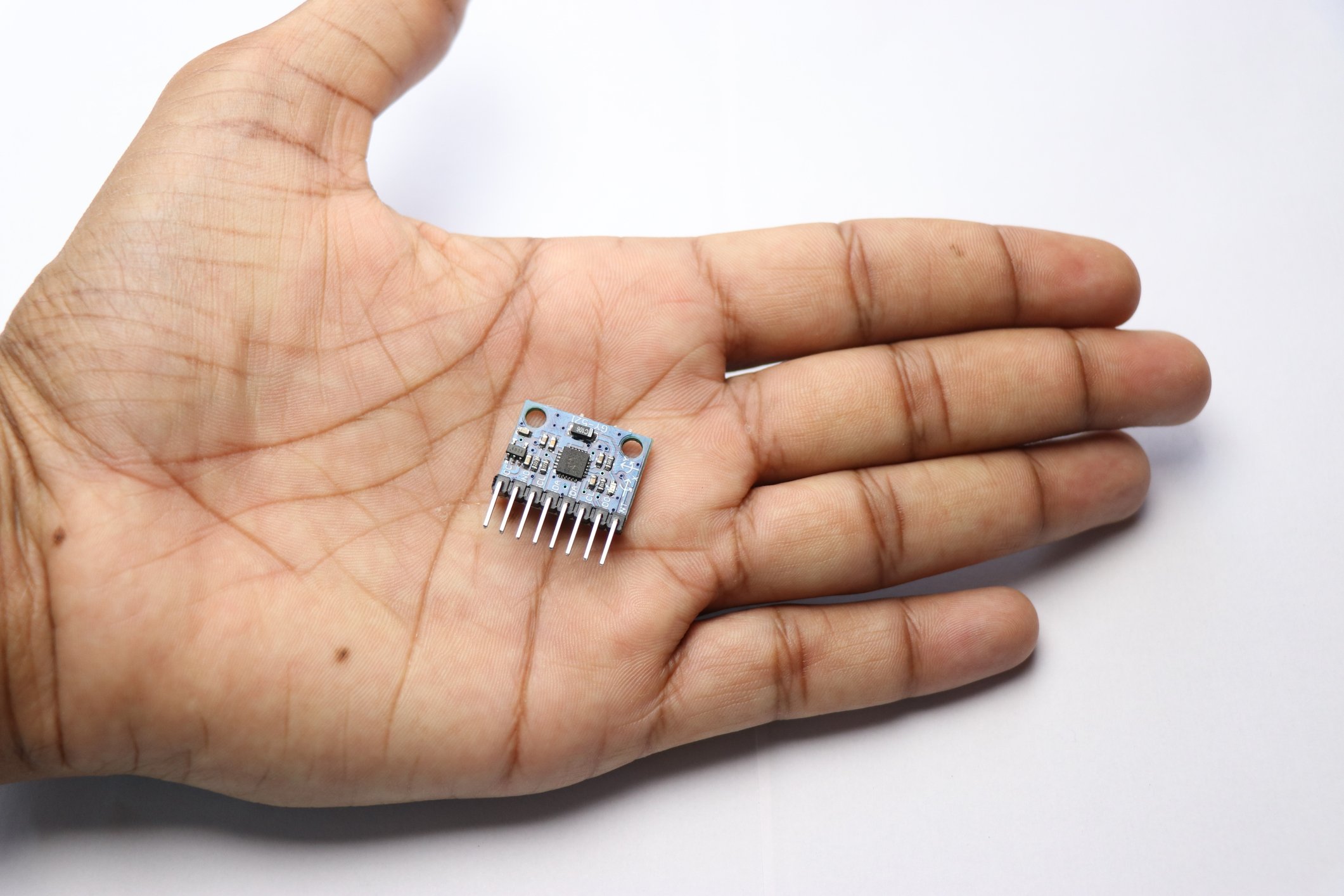 As technology has disrupted the equipment tracking space, the features available in a Bluetooth Tag have greatly expanded. The recently announced, vastly improved ONE-KEY™ Bluetooth Tracking Tag, for example, is worlds apart from the TICK™ Tool & Equipment Tracker that preceded it, released all the way back in 2017 when equipment tracking was far less sophisticated.

One such innovation is the inclusion of an accelerometer. But the functions and applications of accelerometers are far more familiar subject matter to the engineering team here at Milwaukee® Tool than they may be to the average user, apart from maybe a savvy construction technologist.

And while product demos and press releases may provide quick-and-dirty overviews of pertinent product information including tech specs at a high level, we believe that providing context behind what these features are used for is equally useful. That way you’ll have a greater understanding of not just the “what” (as in, “what features this product has”) but also the “why” (as in, “why these features matter,” or “why you should care about X feature”).

So, what does an accelerometer do, anyway? Accelerometers are electromechanical computer chips that, like their name suggests, measure the acceleration, vibration, and motion of a structure or device that they’re embedded within.

An accelerometer can be used to detect various aspects of motion and acceleration, including:

A gyroscope measures angular rate: The angular velocity or rotational velocity of an object; how fast an object rotates or revolves relative to another point (e.g., how quickly the angular position or physical orientation of an object changes over time).

Additional types of accelerometers include:

In recent years, there have been a number of advances in the equipment tracking space allowing for a Bluetooth tag to offer far greater functionality—like near-field communication, and, yes, accelerometers. Our newly released One-Key Bluetooth Tracking Tag incorporates an onboard accelerometer to help end users access richer context about where their items were last seen by our network and, what’s more, where they were last used. 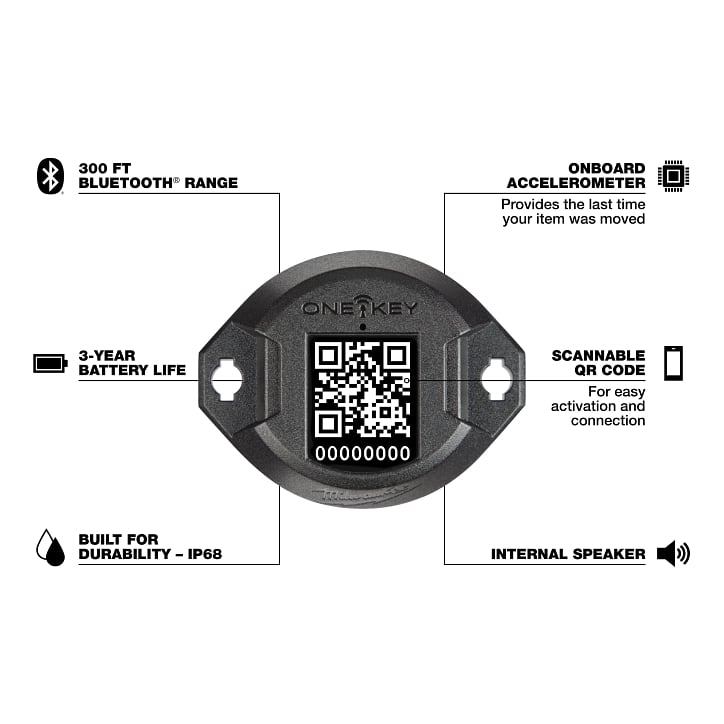 If we reflect back on our previous Bluetooth tracker, the TICK™ Tool & Equipment Tracker, a common piece of user feedback we heard about this product was the limitations it offered in delivering location information.

How does the One-Key Bluetooth Tracking Tag use its accelerometer?

How the accelerometer works:

We implemented an accelerometer in the Bluetooth tracking tag so that it will sense any movement lasting longer than around 6 seconds (4-6 seconds). Why 6 seconds? We wanted to ensure the accelerometer accurately measures movement, not capturing erroneous movement events (such as simply moving a tool a few inches). The algorithm operates under the assumption that if the tool is moving for more than 4-6 seconds, it is deliberate usage. Once the accelerometer breaches that 4-6 second threshold, it uses a different algorithm to determine if the tool is no longer being used.  For that algorithm, 40 seconds with no movement is required to be considered the 'end of usage.'  This was done to give the user time to do things like grab additional fasteners, change bits, etc. If someone picks up the tagged tool and carries it across the building (or worse, out of the building), this will be detected as movement. This can be helpful for preventing misplaced tools by communicating their “last used” information—it, at the same time, could be used to identify suspicious activity.

Furthermore, if the accelerometer detects the item it’s attached to is moving, it will enter a “moving state,” communicating to the app, in a sense, that “I’m being used right now,” and recording this information in the app.

This feature, previously available only on One-Key compatible tools, is now extended to any item you’d like to add a Bluetooth Tracking Tag to, adding to our commitment to comprehensive inventory management.

Wrapping Up: Accelerometers in Equipment Tracking

Accelerometers can be used in a wide variety of engineering applications to measure, maintain, and enhance acceleration in products. In the equipment tracking space, they can be used to alert end users to the most accurate and up-to-date information related to tool usage. Inventory managers and stakeholders alike will surely enjoy the increased visibility to their equipment that the new and improved One-Key Bluetooth Tracking Tag affords with its cutting-edge accelerometer use case.

Johnny Lienau is an electrical engineer with extensive experience and expertise in wireless technology. Previously, he worked at Laird Connectivity, designing everything from smart watches to wireless pacemakers. He also recently has been employed at Harley-Davidson, where he was responsible for rider wireless headsets, updates to their infotainment system for 2018 and 2019 motorcycles, and helped design the H-D Connect platform currently deployed on their electric motorcycle. Currently serving as Principal Engineer for Milwaukee Tool, he works closely with the One-Key team designing compatible devices. More Content By Johnny Lienau

Android 11 and Tool Tracking: Everything You Need to Know about Location Data Changes
Small Tool Tracking: Think of Hand Tools as Assets, Not Consumables
The Rise of Bluetooth® Tracking Tags in the Construction Industry
Tracking Tag vs Asset ID Tag vs TICK™: What’s the Difference?