Equipment Management and the Possibilities of 5G Tech 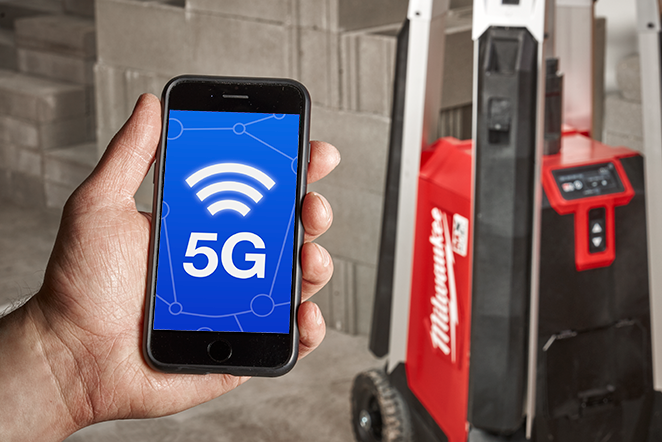 There’s a lot of talk, and anticipation, concerning 5G.

Major investment from all four powerhouse US cellular carriers is well underway as they race to become the first to roll out the newest generation of wireless technology to their networks. Global spend for building the 5G mobile infrastructure is projected to reach 2.3 billion by next year, while revenue from the 5G infrastructure is expected to reach 4.2 billion by the end of the year. What’s more, an ecosystem of 5G-focused startups has sprouted up, poised to thrive with the widespread adoption of 5G over the next several years.

But as we await the impending arrival and proliferation of 5G wireless technology, you might pause to reflect: What exactly is its significance? What’s all the fuss about? Let’s take a closer look at 5G and, more specifically, what it might mean for the construction industry.

What Is 5G Technology and How Does It Work?

5G, which stands for ‘5th generation,’ denotes the next and newest chapter in mobile wireless communication. But 5G is so much more than a new generation in building cellular mobile networks. In addition to enhancing today’s mobile broadband services, like previous mobile network generations have, 5G will expand mobile networks to support a multiplicity of devices and new services.

So, really, what is 5G and how does it work? The main purpose of 5G is to produce high-speed, low-latency data. Latency refers to the time required to transfer data between devices. Higher latency leads to longer lag time and buffering when, for example, streaming video on smartphones.

5G technology will significantly improve wireless connectivity, increasing speeds and lowering the latency between devices to allow for extremely high throughput. As video streaming and mobile gaming become more popular, 5G is the natural step to support these consumer demands: streaming video in 4K resolution requires lots of data to be transmitted to your phone in order to allow for video to stream with no lagging.

What’s the difference between 4G and 5G and other previous generations?

The key thread that ties 4G and other earlier generations together is they all offered device-to-device communication, only.

5G, in contrast to these other generations, is expected to elevate the mobile network by introducing the first-ever device-to-infrastructure communication.

5G offers a unified platform, with a higher spectrum than previous generations. The result is a platform that is much faster, one that has a higher capacity of data throughput, while providing lower latency.

What Are Some Applications of 5G in Industry?

5G has the potential of transforming a wide range of industries. Here are two of the most obvious use cases.

What Could 5G Wireless Technology Mean for Construction?

There are many applications for how 5G could transform equipment management processes as we know it in the construction industry. Here are some possible use cases of the technology.

The management of equipment and machinery in construction presents a unique challenge, requiring special operator’s licensing and, what’s worse, unsteady terrain which puts operators at a safety risk if something were to go wrong. 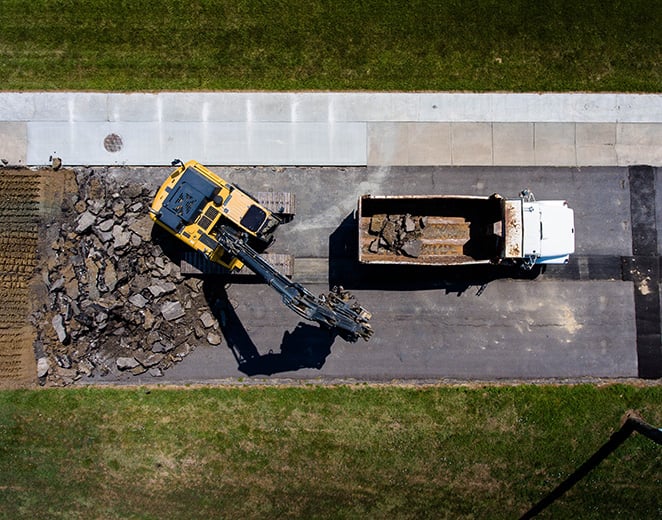 5G has the potential to solve these worries and even streamline your productivity by introducing new application for remote controls and autonomous vehicles that could deliver work materials across jobsites and even perform tasks like operating cranes remotely. Such applications could help you perform work from different parts of the country and have different teams working around the clock, helping stick to deadlines and increasing your capacity for taking on projects.

Cellular triangulation isn’t very accurate with current 4G technology. Within the context of jobsites, which are located beyond the range of traditional cell towers, the application of using cell triangulation to locate tools and equipment is ineffective. This makes Bluetooth® tool and equipment tracking far more appropriate for locating equipment in these contexts. 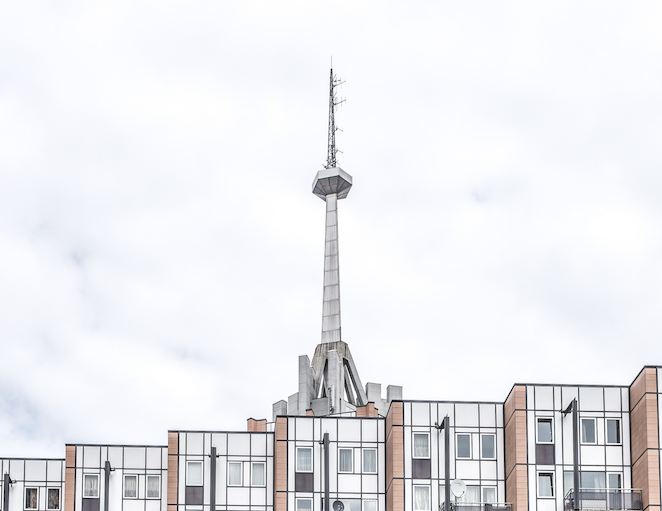 With the introduction of 5G and low latency, however, cellular triangulation could offer far greater accuracy to find tools that have been built with this technology in them. 5G networks will have a lot more cellular base stations deployed. They will be able to better determine your location simply because there will be more base stations, and they will be more densely populated. This will increase cellular triangulation. As an example, whereas you might have had 10 base stations covering all of downtown Milwaukee, 5G might have up to 30 or 40.

Another application of 5G for construction sites is the use of augmented reality goggles. In this application of 5G technology, inspectors wouldn’t have to be physically on construction jobsites in order to see and conduct their inspections. Foreman or other onsite trades could wear these AR goggles or glasses to transmit their walk-through, which could be streamed from the office computer or from a smartphone. 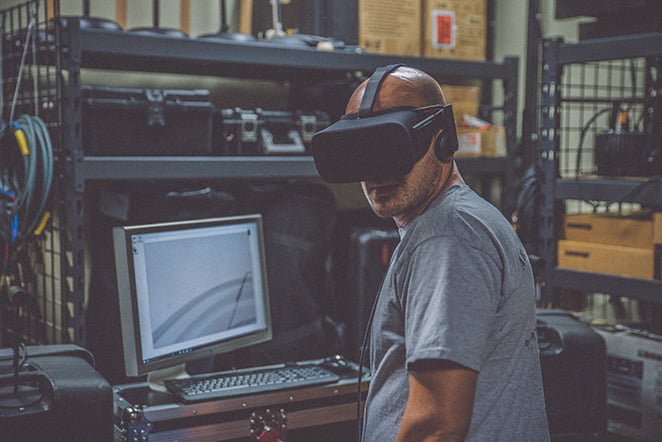 The drawbacks of using this tech is that it would not be inexpensive. Also, they would draw on a lot of power and could drain batteries fast.

Issues and Drawbacks to 5G Technology

Despite the great potentials we see with the advent of 5G technology, It’s not all gravy. Here are some of the most common issues that present with rolling out 5G on a large-scale.

5G has a much different range than 4G and previous cellular technologies. It’s ideal for urban settings. There’s still a lot of work needed to support a wide-scale infrastructure. 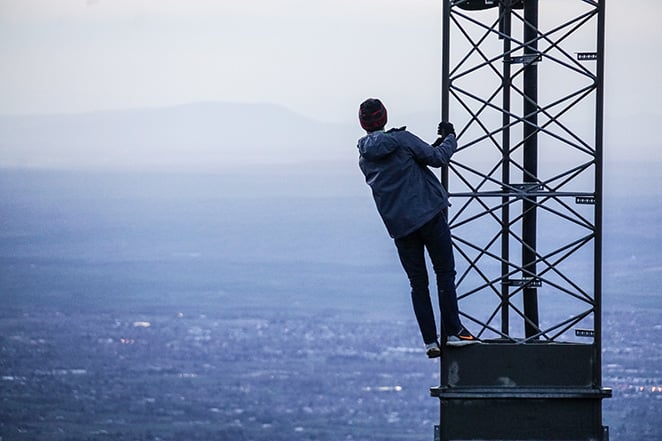 In urban settings, small-cell base stations might be integrated inside building plans to help communicate with cell towers. 5G uses a different set of frequencies than 4G. Due to this, and the physics associated with operating at a much higher frequency, 5G will actually have shorter range than 4G. This will be combated by installing more 5G infrastructure and base stations. You will likely see mini-base stations in large high rises and dense urban areas to help expand coverage. Also, a HUGE amount of fiberoptic cable is going to need to be laid throughout the US.  Fiberoptic cable is the wired connection that actually connects most cellular base stations back to infrastructure. Fiberoptic is very expensive to install. 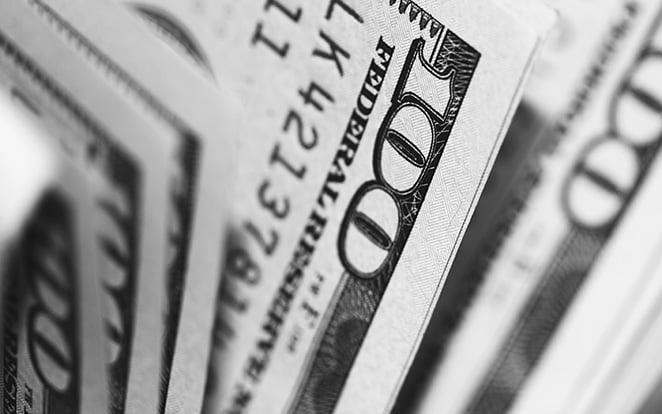 5G smartphones and devices will also be costly, at least at first. To put simply: It will be a while yet until 5G is mainstream.

What we know is, 5G promises hyper-connectivity, out-of-this-world broadband, and low-latency.

But with increasing complexity of systems needed to implement 5G technology, this also introduces the potential for a large number of attack surface types.

5G is an exciting prospect. It’s coming and will likely be more mainstream in the next several years. From an equipment management standpoint, there are many prospective wins (some still to be developed) and only time will tell how 5G might become more accessible and widely adopted in our industry.

Johnny Lienau is an electrical engineer with extensive experience and expertise in wireless technology. Previously, he worked at Laird Connectivity, designing everything from smart watches to wireless pacemakers. He also recently has been employed at Harley-Davidson, where he was responsible for rider wireless headsets, updates to their infotainment system for 2018 and 2019 motorcycles, and helped design the H-D Connect platform currently deployed on their electric motorcycle. Currently serving as Principal Engineer for Milwaukee Tool, he works closely with the One-Key team designing compatible devices. More Content By Johnny Lienau

In its short lifespan, blockchain has already shaken the foundations of the global financial...