5 Smart Buildings around the World 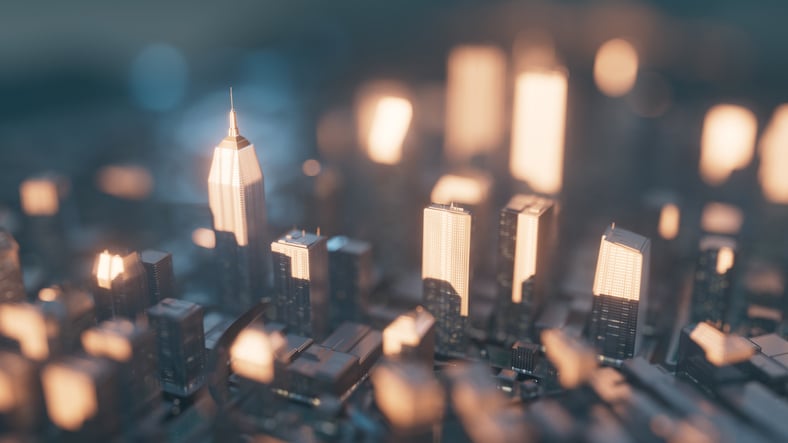 When imagining what the future might look like, a good place to start is with our buildings. Visions of cybernetic skyscrapers and high-tech megastructures are a familiar enough sight in science-fiction.

Smart buildings are those visions come to life.

Similar to how One-Key can improve your ability to customize, track, and manage your tool inventories, smart building technology (when deployed appropriately) can be used to make our structures healthier, more efficient, and more sustainable.

Far from fantastical, they appear to be a booming business. According to consulting firm Grand View Research, the global smart building market is expected to reach $570 billion by 2030, expanding at a compound annual growth rate (CAGR) of 25.3% between now and the end of the decade.

In this article, we will explain what a smart building is and showcase five examples of how smart tech can be used to improve the built environment.

What Is a Smart Building?

A smart building leverages these and other cutting edge technologies to enhance its efficiency, operability, safety, and comfort.

The terms “smart” and “green” buildings often get used interchangeably, and though they are indeed separate things, they are not mutually exclusive ideas, as we will soon see.

Smart buildings have many unique characteristics, but they can generally be summed up in two key traits:

One way to gauge a building’s level of “smartness” is to check to see if it has a SmartScore or WiredScore certification, two evaluation toolkits developed by a group of private real estate companies that measure a building’s digital connectivity and overall technological quality—similar to how green standards like LEED or BREEAM assess a building’s environmental friendliness.

How to build a smart building

There are generally two ways to create a smart building:

The first is to retrofit an existing building with smart systems and IoT devices, like how you can imbue ordinary objects and non-Milwaukee brand tools with a level of “smartness” using One-Key’s Bluetooth tracker tags.

The second way is to design the building from the ground up with smart tech embedded in its DNA, much as we have done at Milwaukee® with our growing line of ONE-KEY™ compatible smart tools.

We will be taking a look at examples of both types of smart buildings in this article. 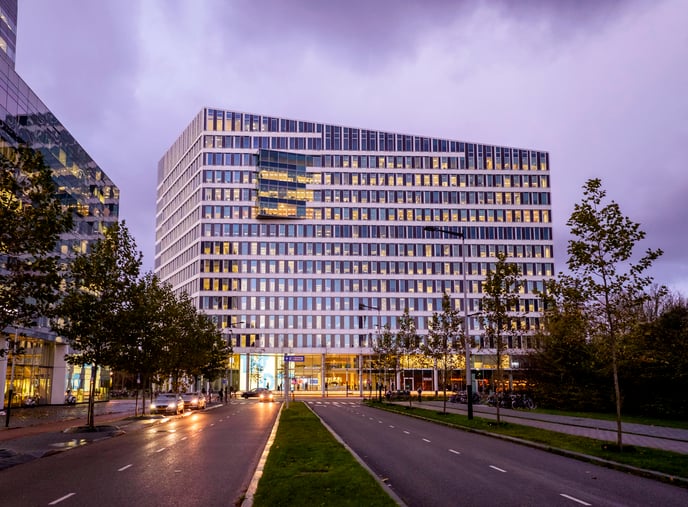 What better place to start our list than the world's smartest building?

At least that’s how the Edge, Deloitte’s headquarters in Amsterdam, has been described in the pages of Bloomberg—and not without good reason. Bristling with more than 28,000 IoT sensors and a host of other smart features, the Edge has also been certified as one of the greenest buildings in the world, with an “outstanding” score from BREEAM of 98.%.

If you worked at the Edge, you’d start your day by connecting with the building online via Mapiq: an app on your smartphone that can do everything from direct you to open parking, adjust the heating, manage your gym routine, or reserve a workspace. That’s because at the Edge, no one has a permanently assigned desk. Instead, workers are able to move around the building, using the app to book different workstations that are calibrated to their schedules and comfort specifications. Using this approach, the Edge can accommodate 2,850 employees across 1,080 desks.

From smart panels and data dashboards to security robots and automated coffee makers, the Edge has too many smart features to list here, but one of the most notable for our purposes is its masterful use of BIM to visualize energy efficiency and track maintenance issues, an example of how 6D BIM can be used to make buildings more sustainable.

The Edge is also what’s called a “net-zero” building, meaning all of its energy is produced from renewable sources. All of its power comes from roughly 4,200 square meters of solar panels, most of them installed on the rooftops of neighboring buildings (that’s a big job if you’re a solar photovoltaic installer). The basement also has parking for 500 bicycles and includes a bank of charging stations for electric cars.

Ironically, much of the Edge’s sustainability profile comes from its clever use of low-tech, passive design features. Most notably, load bearing concrete walls on the building’s southern facade act as a thermal mass, absorbing and radiating heat from sunlight throughout the building. A geothermal heat pump system handles the rest of the building’s heating needs. 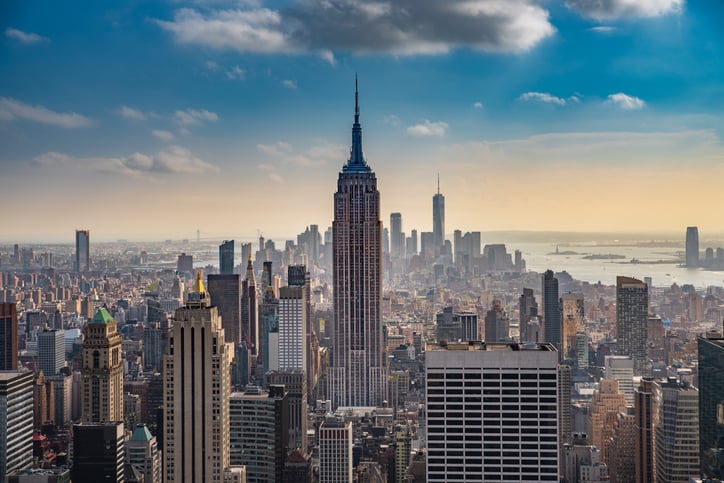 Bet you didn’t expect to see the Empire State Building on this list.

Perhaps the most iconic skyscraper ever built has also become a brilliant case study in recent years in how smart technology can be used to pull off green retrofits of historic structures.

Launched in 2006, the $38 million campaign to reduce the carbon footprint of the Empire State Building (see building facts) has seen enormous success, cutting the building’s energy consumption by as much as 50%, according to a report by CBC. The ultimate plan, according to the company that owns the building? Make it carbon neutral by 2030.

The Empire State Building has gone from one of the least to one of the most energy efficient buildings in New York City.

How is such a monumental transformation possible?

Triple-paned windows, beefed up insulation, regenerative elevator braking, and a massive overhaul of the chiller plant, which included the addition of CO2 trackers and a smart temperature control system. The building also uses an AI platform that has reportedly helped cut water consumption by 7.5 million gallons and carbon emissions by 300 metric tons.

The overhaul has been so successful that it sparked the creation of the Empire Building Challenge: a $50 million program to incentivise other historic New York City high-rises to undergo green-retrofits of their own. 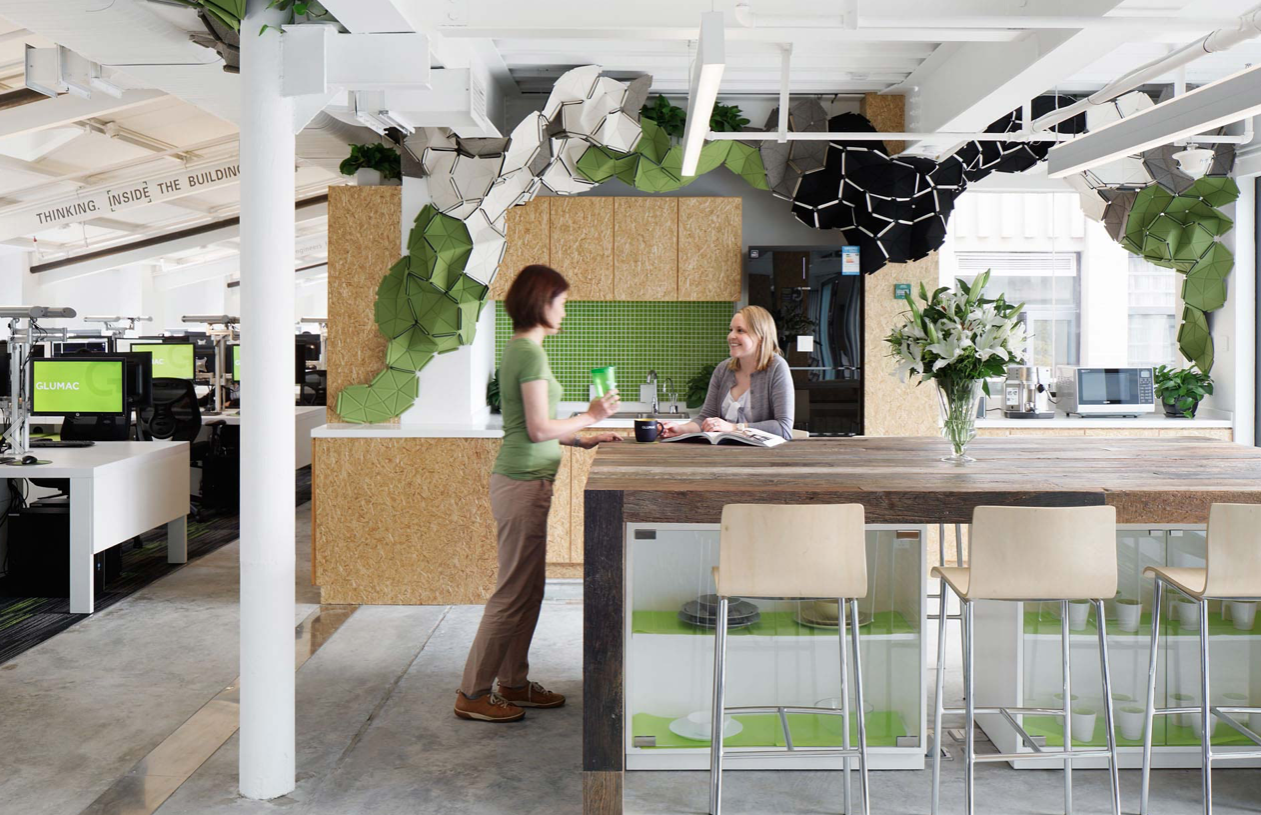 The Glumac HQ in Shanghai, China is another example of a successful historic retrofit using smart technology.

In this case, the major smart feature is an advanced air purification and monitoring system.

Air pollution has long been a serious issue in China’s largest cities, which is why engineering firm Glumac prioritized indoor air purity during a recent retrofit of its Shanghai office space on the third floor of the 100-year-old Rockefeller Mansion.

On the water front, low-flow fixtures have led to a 63% reduction in water use, while water and recycling systems have produced nearly three times the amount the occupants use. Solar provides all the power, while much of the space is interwoven with something called biophilic design: a method of increasing a building’s health and livability by giving occupants greater opportunities to directly experience nature. The space’s living green wall with its air purifying plant life is an excellent example of this in practice.

Which brings us to the main attraction for our purposes: the building’s smart air purification system. Occupants of the building can access real-time information about indoor air quality using a smartphone app called RESET, which also displays information about the air-filtering qualities of the office’s plantlife. 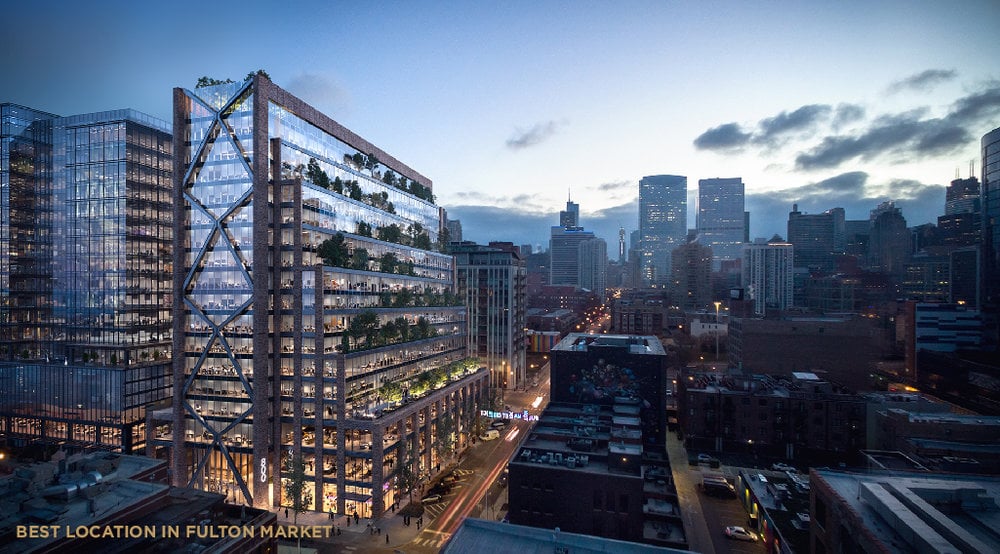 For a list of futuristic “smart” buildings, we’ve sure covered a lot of old structures so far.

This next entry is nearly brand new, however, and claims to be “the smartest building in Chicago.”

800 Fulton Market certainly has the receipts to back up this bold claim, along with some impressive health and sustainability credentials: The building’s design is LEED Platinum Certified, WELL Gold Certified, and has platinum certifications from both SmartScore and WiredScore, the two smart building standards we mentioned earlier.

The building boasts a range of smart features, including more than 8,000 IoT sensors for tracking occupancy data and a cloud-based management platform that links together 12 different building systems. According to the building’s website, a mobile app also provides tenants a digital space in which they can schedule meetings, control environmental conditions, schedule fitness classes, and receive notification on deals at local restaurants. 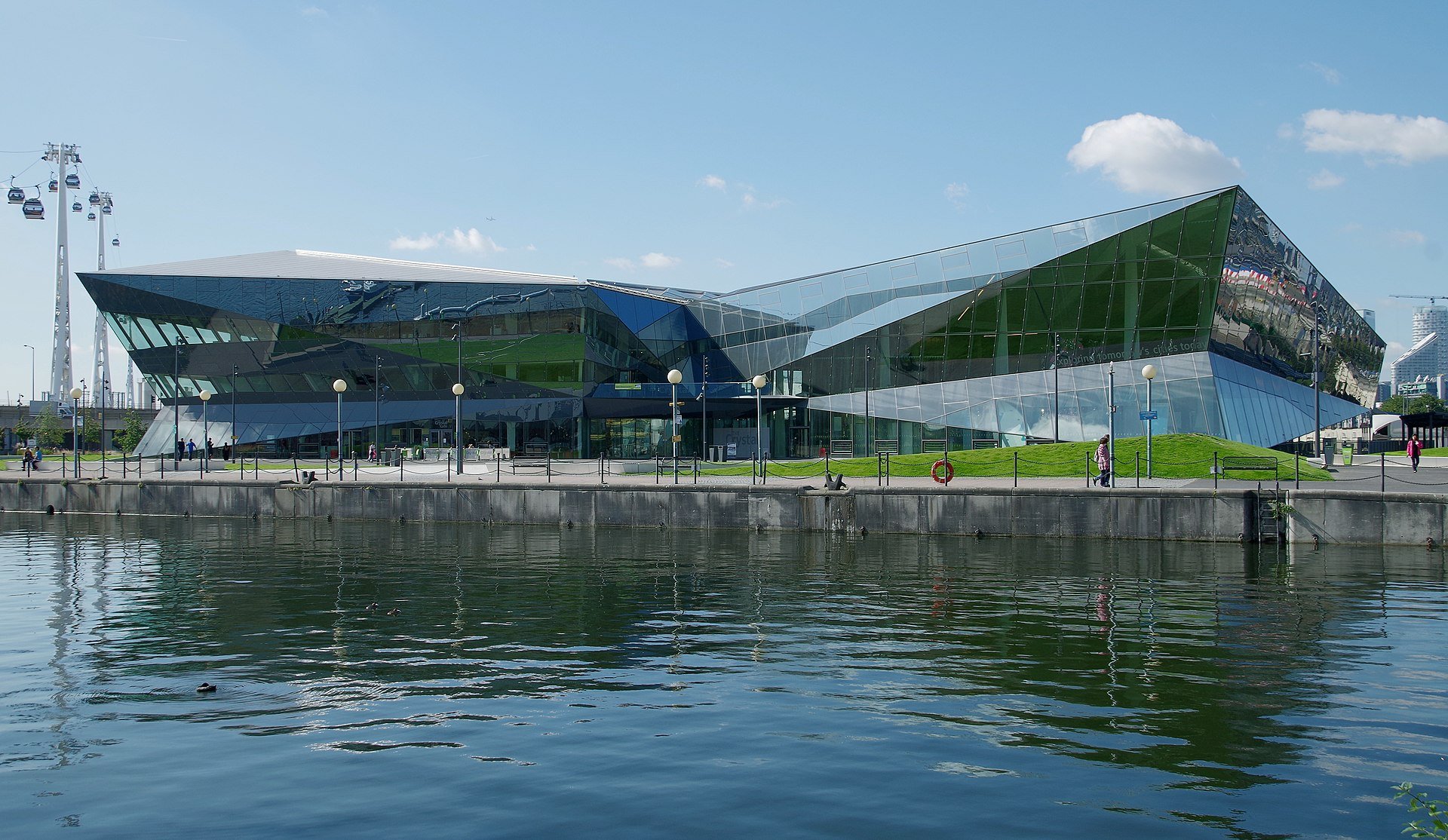 Commissioned by Siemens, the Crystal is meant to stand as a showcase of how smart technology can make buildings more sustainable.

The unique faceted shape, like a quartz crystal toppled on its side, isn’t just for aesthetics. The design was chosen to make maximum use of natural daylight, with special argon-filled window letting in around 70% of visible light, but only about 30% of the heat.

The thing that makes the Crystal smart is its Building Energy Management System (BEMS), which controls all of its electrical and mechanical functions, including its black water recycling, solar thermal hot water, and solar photovoltaic systems. Lighting and temperature are also controlled by the Crystal’s BEMS, which uses daylight sensors to dim or even deactivate lights when they aren’t needed, and automatically opens windows when natural ventilation is appropriate.

Smart buildings offer one potential glimpse into how we can use technology to improve the future of the built environment.