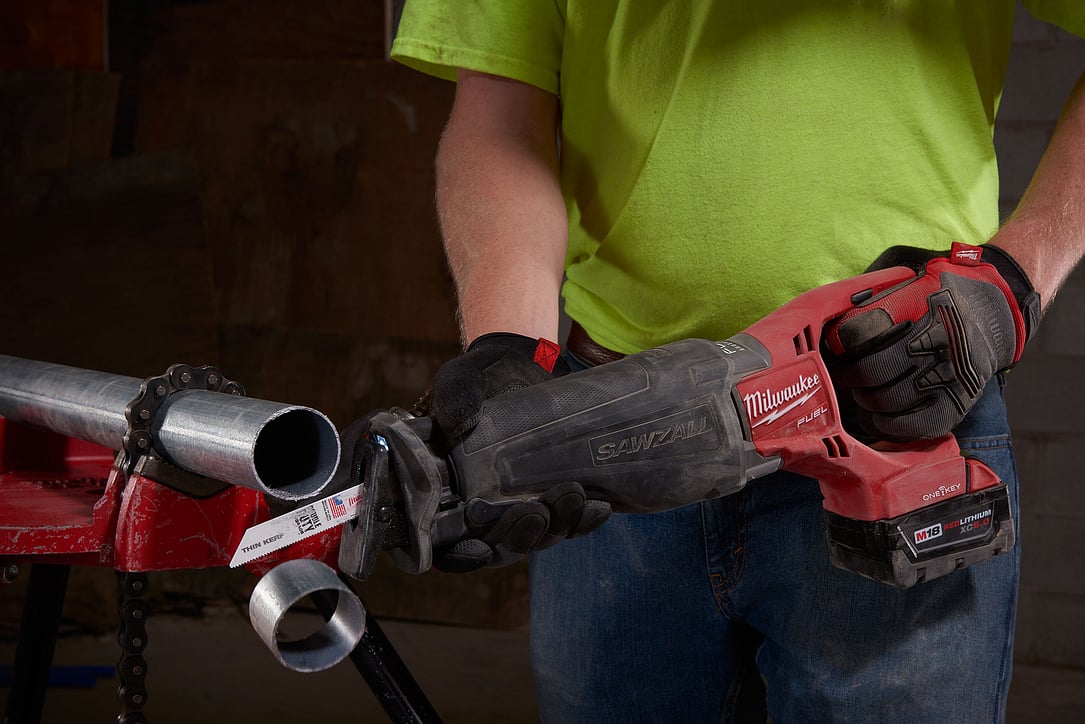 Humans are no longer alone online. There are friendly chatbots that will talk to you about your feelings; neural networks that respond to a few typed words with strange, dreamlike works of art; and algorithms that will try to guess what your stick figure drawings are and translate them into photorealistic images.

An image created in response to the prompt "do androids dream of electric sheep?" by AttnGAN, an online program driven by machine learning.

Each of these is an example of modern artificial intelligence, or more specifically, machine learning. Machine learning drives everything from Google’s search engine to predictive text and facial recognition. This advanced computer technology is changing every industry on the planet and is becoming more ubiquitous every day. Indeed, a 2020 Deloitte survey showed that 67% of companies are already using machine learning to make their businesses smarter and more efficient.

Milwaukee® Tool is one of those companies. In fact, machine learning is one of the critical technologies behind many of our groundbreaking M18 FUEL™ power tools and the embedded systems used to make them safer and to empower users.

In this article we’ll explain what machine learning is and take a look at how it can be used to enhance the performance of the next generation of power tools.

Before we define machine learning, we first need to have a working understanding of artificial intelligence, or AI.

So, what is the difference between AI and machine learning?

Artificial intelligence is the broad name we give to machines and computers that are able to “think” in a way that approximates or exceeds human cognition. The versions of AI we have today aren’t anything like what you might have seen in science-fiction movies like Bladerunner or The Terminator. Far from sentient, super-intelligent beings, all current AI systems fall under the category of Weak AI: computers that are very good at performing specific, narrowly defined tasks (like cataloging cat videos on YouTube), but unable to  “think” beyond the limits of their programming. For example, a chatbot might be able to hold a conversation, but ask it to pour you a glass of water and it will most likely try to change the subject.

Machine learning is one of–if not the–most prevalent branches of modern AI. It’s a process by which computers learn to improve their problem-solving abilities over time through experience and exposure to big data. Most computer programming is a simple set of instructions that leads to predetermined outcomes. Machine learning is different in that the computer acts as a sort of co-author of its own programming, which can yield results that its human programmers may not have foreseen. 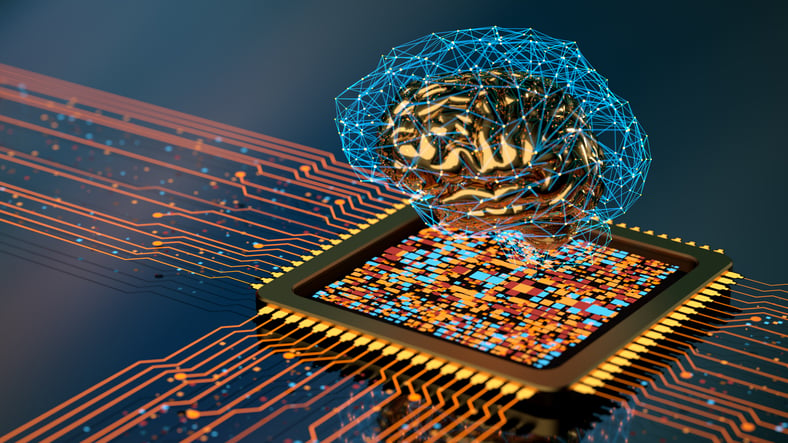 The process begins with a training dataset that the program uses to familiarize itself with its mission. The bigger and more robust the data, the better. The human programmers then decide on a machine learning model for it to follow; this will determine what kinds of patterns the program will look for once it’s out in the wild. With the model in place, the programmers may then set the program free in the thickets of real-world structured and unstructured data, where it will train itself over time to recognize patterns, make predictions, and complete assigned tasks with increasing speed, accuracy, and efficiency.

A Brief History of Machine Learning

Researchers began to study artificial intelligence in the late 1950s, after computer scientist John McCarthy coined the term during an academic conference at Dartmouth College. One of the earliest examples of something resembling machine learning was unveiled in 1958 by Frank Rosenblatt, a research psychologist for the Cornell Aeronautical Laboratory. Running on a hulking five-ton IBM that filled an entire room, Rosenblatt’s program–dubbed “perceptron” by its creator–was able to teach itself to distinguish between different types of punch cards fed into the computer. The term “machine learning” was coined a year later by Arthur Samuel, a pioneer in artificial intelligence research known for creating a computer program that taught itself how to excel at the game of checkers. It got so good, in fact, that it defeated reigning checkers champion Robert Nealey in 1962.

Games, with their clearly defined sets of rules, have always served as excellent yard sticks of our computers’ ever improving abilities to “think” and “learn” on their own. In 1997, Deep Blue beat the world chess champion. In 2011, Watson outperformed its human competitors on Jeopardy. And in 2016, DeepMind trounced a top human player at Go, a strategy game dating back millennia known to be exponentially more complex than chess.

Have we succeeded at creating a truly artificial intelligence? Should we be worried about the dangers this technology poses, as many AI experts and figures like Stephen Hawking,  Elon Musk, and Steve Wozniak think we ought to be? These questions are the subject of much debate and discussion, none of which will be settled here. It’s clear, however, that machine learning is now everywhere and playing an expanding role in our day-to-day lives. 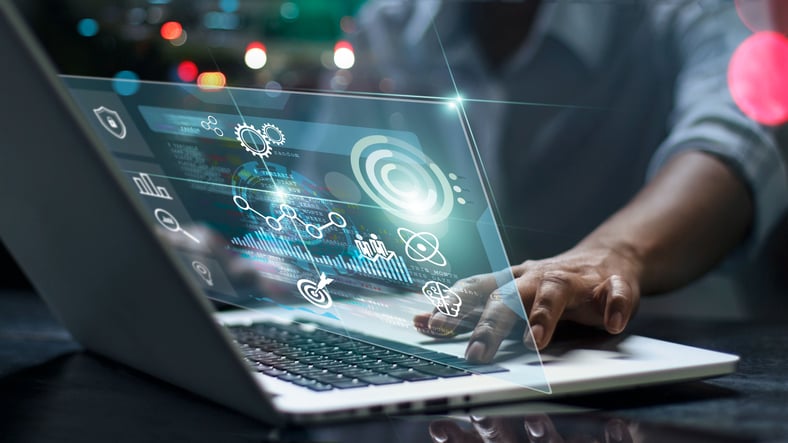 Deep learning programs, with all their additional layers of complexity, are much more independent, able to navigate trenches of both structured and unstructured data completely on their own. Machine learning, on the other hand, requires greater guidance from human programmers, who help steer the program and finetune its functions over time.

At Milwaukee® Tool, we’re obsessed with delivering disruptive innovation as one team.

We believe digital technologies can be used to improve our products and the construction industry as a whole. Our efforts have culminated thus far in the creation of One-Key, a free-to-use app that empowers users to customize, track, and manage their equipment for the work they do from the screens of their computers and mobile devices. 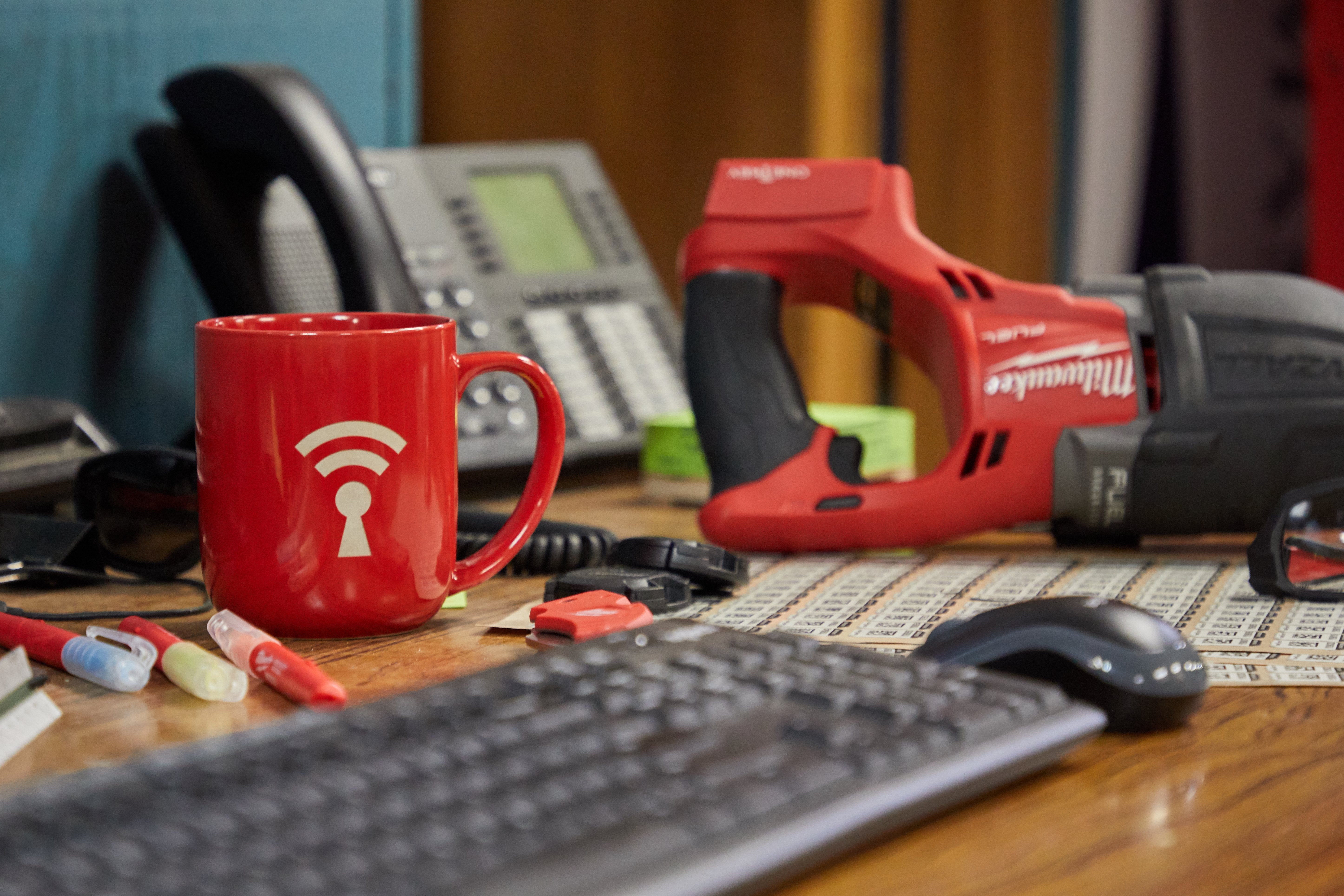 Our in-house, industry-leading electrical engineering team collaborates with computer scientists, software engineers, and UX designers to make it not only as easy as possible for users to keep better track of their tools, but also, how the data created from these groundbreaking tools can be used to improve workflows and make installations safer.

It’s no accident that One-Key fits snugly within the growing paradigm of the Internet of Things. What better way to accomplish this than by transforming your inventory into your own personal IoT?

How Does One-Key Use Machine learning?

An area that we’re particularly excited to be exploring is how artificial intelligence can be used to make our interconnected line of smart tools even smarter.

Steve Matson, vice president of product for One-Key, refers to machine learning as the “secret sauce” of One-Key, enabling a higher level of sophistication in the kinds of behaviors we can coax out of our power tools

Here are two exciting applications that our computer experts at Milwaukee Tool have identified for machine learning:

One way that machine learning is being used by One-Key is to sharpen our app’s ability to provide accurate locations for your tools. Bluetooth isn’t the same as GPS tracking in that it’s unable to provide persistent long-range tracking of an object. What Bluetooth lacks in range, however, it makes up for with versatility. Unlike GPS, the short-range radio signals of Bluetooth aren’t reliant on your mobile device’s connection to Wi-Fi or cell service. What’s more, Bluetooth is less bulky, less energy intensive, and more affordable than GPS trackers, making them ideal for tracking large inventories of tools in sometimes remote construction areas.

So where does machine learning fit into all of this? Well, in order to track your tools, Bluetooth needs to check in periodically, potentially providing hundreds of updates to your phone about where your tool is located and whether it’s within range. This overwhelming stream of information gets simplified by simply providing the most recent update.

The problem with this simplified approach is that it’s only one small piece of a larger dataset, effectively blinding you to the bigger picture. With machine learning, however, One-Key is able to process and cross-reference all of the data that your phone receives from the Bluetooth sensors in the surrounding environment, allowing our app to piece together a more accurate picture of where your tool is located, and when it was last within range.

Kickback refers to the sudden, unintended movement of a power tool, often caused by the tool’s moving elements binding or pinching against material. Kickback can cause serious injuries to workers, which has prompted power tool companies to incorporate a variety of safety and anti-kickback features into their products.

Take the M18 FUEL Hammer Drill, for instance. This One-Key enabled power tool comes with a unique ability to sense kickback and deactivate the drill before it can injure the worker who’s using it.

The problem with a lot of anti-kickback systems, is that they can sometimes react to false trips, causing the tool to deactivate when it shouldn’t. Not so with state-of-the-art tools like the M18 FUEL Hammer Drill. That’s because at Milwaukee Tool, we’ve found a way to use machine learning to better discern between genuine kickback and false trips.

“We’ve collected thousands of runs of data to develop an algorithm that can reject false trips. This would not have been possible with using sensor data to make that decision.”

Like many of our One-Key tools, the M18 FUEL Hammer Drill comes with this ability already built-in, allowing you to finely calibrate your torque settings and rest easy knowing that a cutting-edge machine learning process has got your back.

As another example of safety features, our newest generation M18 FUEL Sawzall features “cut brake,” which monitors the load on the tool throughout the cut and automatically stops the blade as it exits the material at the end of the cut in most applications.

The world of construction is changing fast. Increasingly, our buildings are being printed out and designed in immersive virtual environments. Semi-autonomous drones and robots can now be seen roving around job sites alongside skilled human workers. Augmented reality headsets are poised to radically transform how we see and interact with the projects we’re working on. Meanwhile, calls for leadership to leverage digital and green technologies to make our cities smarter and more sustainable grow louder everyday.

Artificial intelligence is a contentious topic aswirl with questions about the threats that some versions of this technology might pose to the future of work, or even the future of humanity as a whole. These concerns are valid, but they need not be conversation stoppers. The challenges that lie ahead in the age of human caused global warming are too enormous for us to tackle alone. At Milwaukee Tool, we believe it’s possible to use computer technologies like machine learning to not only make our tools smarter, but to improve the experience and safety of the human beings who use them.