What's on Your Playlist? Our Song Recommendations: In the Back Office or on the Jobsite 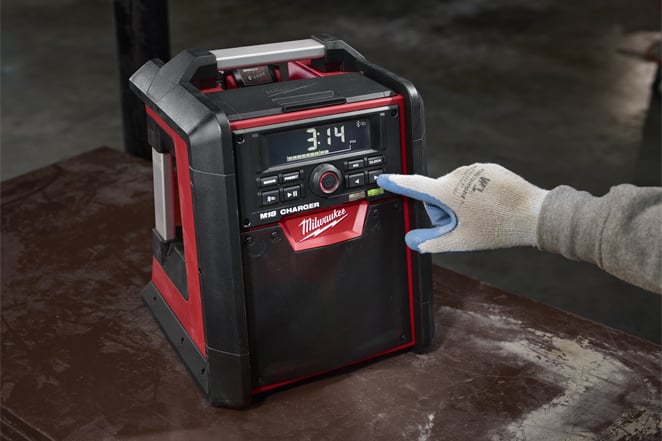 Last month, we asked which construction movies and TV shows you were binging. And while unwinding to enjoy a hilarious classic like Multiplicity (or a guilty pleasure like Fools Rush In) is a perfectly acceptable way to clear your mind on the weekend in anticipation of a busy work week, who said there aren’t also enjoyable ways to help you stay productive during the week?

After all, increasing productivity doesn’t ONLY have to be achieved through using asset inventory management or construction software to optimize your operations for maximized uptime and timely completion of projects.

For many of us on the One-Key team, that’s where a good playlist comes in. We believe that there is a perfectly appropriate song for every mood, while some genres and styles of music may lend themselves better to certain kinds of tasks than others. As a quick, anecdotal example, I personally find heavy metal to be more helpful to me when I’m doing more tedious types of work, like filling out spreadsheets, while I find more intricate, melodic, and atmospheric instrumental music (whether jazz, classical, or ambient soundscapes) more conducive to creative types of work.

It goes without saying that the types of music any of us dig on is completely subjective. That said, here’s how we’ve approached structuring this article:

We’ve also embedded our Spotify playlists from our team account in each of these sections of the article. These are collaborative playlists, so we encourage you to add your favorite tunes to our growing playlists if you’re a Spotify user. We are always looking for a good song rec!

Now, first off: does music really help with productivity (i.e., backed up by science)? That’s hard to say definitively because it’s such a subjective thing to measure. As BBC points out, the debate of whether music is good for productivity has been raging on for decades.

Here’s what some research studies have found over the years:

Thus, you may find you personally perform better with your favorite tunes. So, if that’s the case, more power to you! Just keep in mind, not everyone’s productivity is impacted in the same way, so make sure to be respectful to your coworkers!

Part I: Songs about Building and Construction

Here are our top picks for songs construction-related songs:

Tangentially Related Songs That Rock for the Jobsite

Okay, maybe these tracks aren’t literally about construction work, building a house, or what have you, but they do rock.

Part II: Songs for the Back Office or Tool Crib

Where subdued vocals on a noisy jobsite might be less practical, in an office setting they (or absence of vocals entirely) may be more desirable. As Rob Gordon (John Cusack) in High Fidelity amusingly put it, “I don’t want to hear old sad bastard music. I just want something I can ignore.”

With that in mind, our recommended genres in this section are probably even more subjective.

That's it from us, for now. Happy listening—get rockin’ and rollin’!
https://onekeyresources.milwaukeetool.com/en/construction-songs