Careers in Construction: How to Become a Wind Turbine Technician

‹ Back To Blog Home › Careers in Construction: How to Become a Wind Turbine Technician
Thought Leadership
Stephen Matson | Published: March 16, 2021 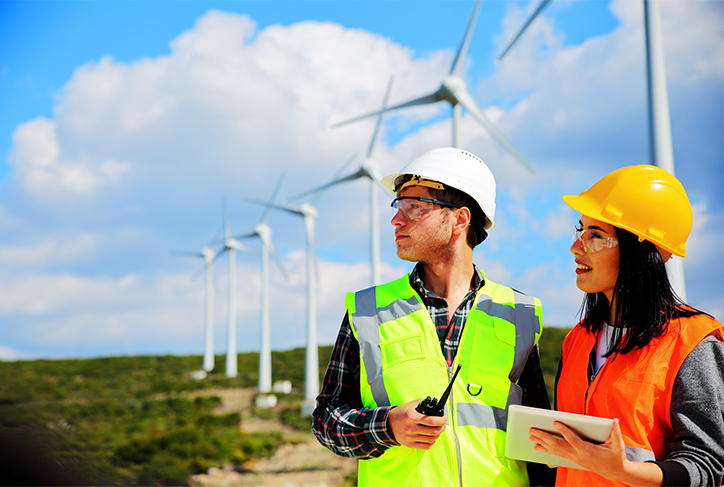 One of the main things we write about here is how emerging societal and technological trends will shape the construction industry. Of these, the trend that’s currently on track to have the most seismic and transformative impact is the rapid explosion of the renewable energy sector and sustainable construction. Wind energy, in particular, is poised to completely upend what a job in the construction world looks like over the next several decades.

One of the most exciting, emerging energy-focused careers in construction, the job of wind turbine technician is consistently ranked as the number one fastest growing career path in the United States, followed closely by solar photovoltaic installers. Job growth in the field is expected to increase by an astonishing 61% between now and 2029, according to the Bureau of Labor Statistics. This is remarkably faster than most other occupations, which on average are expected to grow by only 4 percent on average within the same timeframe.

What Is a Wind Turbine Technician?

A wind turbine technician, or “windtech,” is a professional who is trained to install, inspect, maintain (service/repair), wind turbines: massive windmill devices that that convert the wind’s kinetic energy into electrical energy.

*Note: While becoming an “energy engineer” or pursuing related careers (solar engineer, civil engineer, environmental scientist, etc.) generally involves substantial time and financial commitments (a college degree in a scientific or engineering discipline, licensing/passing professional engineering exams), training to become a windtech is not nearly as involved (we’ll discuss in an upcoming section). What’s more, becoming a windtech can serve as a good way to get started in the renewable/sustainable energy industry, providing good fundamentals should you want to pursue additional education/training down the line.

What Does a Wind Turbine Technician Do?

A windtech’s office is any of the more than 340,000 wind turbines scattered across the globe. Here in the United States, there are roughly 68,000 turbines in operation—enough to power the equivalent of 34 million homes—and more are popping up every day. Each of these towering giants stands at about 280 feet tall on average, and is capable of generating enough electricity to power an estimated 460 homes per month. 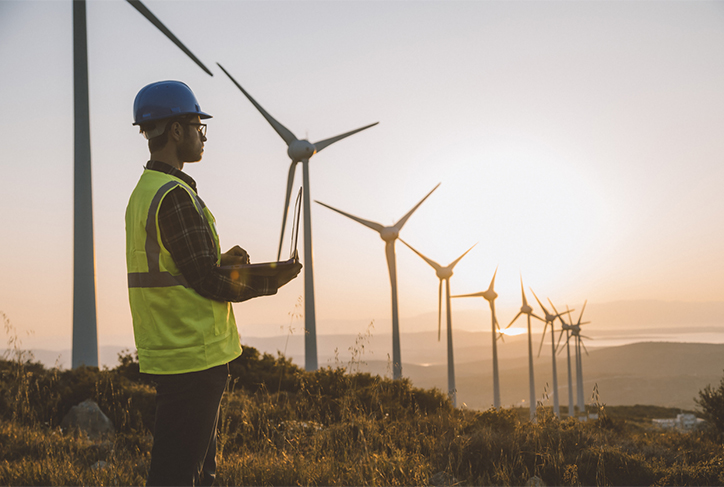 The standard utility-scale wind turbine is composed of three main parts: the tower, the blades (typically three), and the nacelle, which houses the gearbox and other apparatus responsible for generating power and directing the turbine’s operation. Electricity is created when the wind spins the blades, which in turn spin a series of low to high-speed shafts connected to a gearbox and generator within the nacelle.

It’s a windtech’s job to install, maintain, inspect, and repair these massive machines. Wind turbine technicians go where the wind takes them, so it’s best to be prepared for regular travel from one wind farm to the next. The job requires working—often in pairs—within the nacelle of a wind turbine itself. The only way to get up there is to climb. Keep in mind, these things are almost as tall as the Statue of Liberty, so apart from a firm grounding in technical skills, a windtech above all else needs to be comfortable working at great heights—strict adherence to safety protocols is a must.

Plenty of physical stamina doesn’t hurt either. Windtechs have to be able to haul more than 45 pounds of tools and equipment up into the clouds with them. For a fun and breathtaking look at what the day-to-day work of a windtech looks like, check out this four minute video from the US Department of Energy.

The wind energy sector is changing every day, but generally speaking, a windtech can expect to work in one of the following settings: 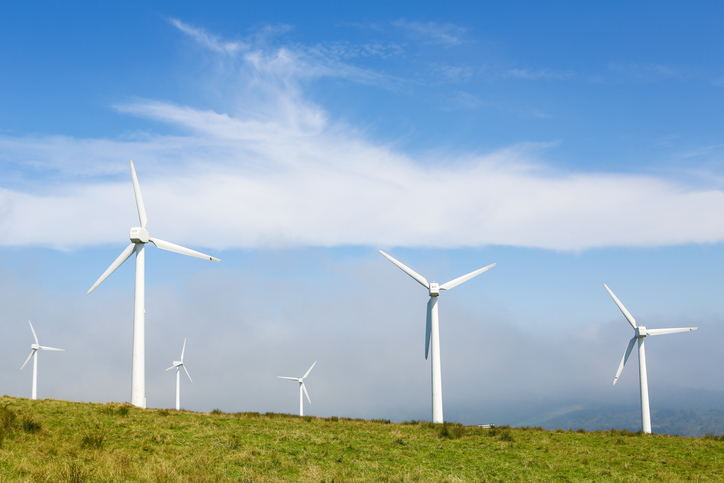 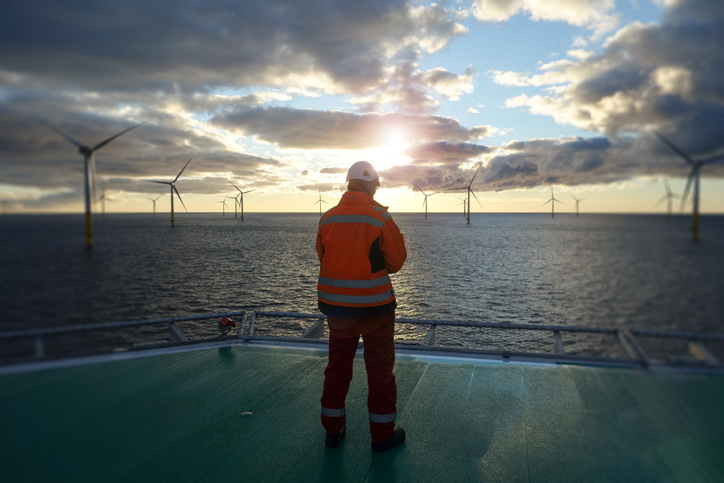 An important consideration: How much do wind turbine technicians make? Skyrocketing job outlook aside, the pay of a wind turbine technician (or “windtech”) is certainly an added enticement. The median salary is a few thousand dollars above similar occupations in the construction field. Data from the BLS shows that in 2019, the median pay for a windtech was $52,910 a year, or $25.44 an hour, with earners on the low end of the scale making about $39,000 and roughly $80,000 on the high end.

A wind turbine technician salary will also vary by state, with the highest paid technicians living in the following states:

The highest paying cities, by contrast, are as follows:

Wind turbine technician benefits and pay will also vary based on the size and nature of the organization you work for. Large organizations like General Electric, for example, are known for offering competitive pay and benefits to their workers.

Wind energy is riding a strong updraft and it’s taking American workers with it. If you’re thinking about a career in construction or are looking to transition from one specialty to the next, there’s literally no job with a brighter future than that of a wind turbine technician. 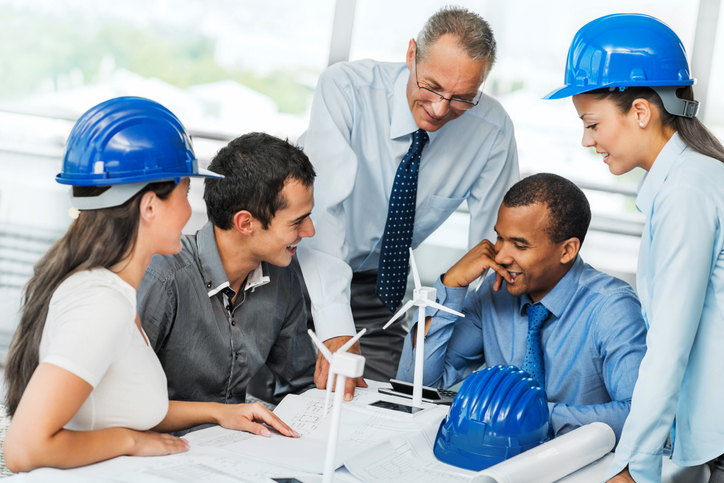 The job of a windtech requires a diverse and unique range of competencies that sets it apart from other careers in the construction field. Wind turbine technicians need to have a comprehensive understanding of the science behind what they do and be proficient at working with complex mechanical components. A training program would provide these skills, but someone with a background in auto-mechanics or a similar line of work would likely find they have an edge.

Similarly, anyone entering the field with a background in rock climbing has a distinct advantage as well. Indeed, some rock climbers have already successfully parleyed their skills into a career as a specialized type of windtech. Besides the gearbox and generator within the nacelle, the blades of a wind turbine need to be repaired from time to time as well, and these can only be reached by highly -trained specialists with advanced rope-rigging and climbing skills. All of which is to say that climbing and knowledge of safety protocols are also uniquely important parts of a windtech’s education.

Windtech training programs typically last about two years, while a wind turbine technician apprenticeship (on or offshore) can take up to three more years to complete, depending on the apprenticeship. When mapping out your educational and career trajectory, it’s important to do your research and figure out what configuration of technical schooling and on-the-job training is right for you. To get started, check out this map from the Department of Energy, which shows the locations of all the wind turbine technician schools and training programs in the US.

Is the Wind Energy Trend Real, and What Does It Mean for Workers?

The winds are changing. Even oil titan Exxon Mobil is beginning to signal that the age of fossil fuels is coming to a close. Still, in a world that runs mostly on coal, oil, and natural gas, it can be difficult to envision a future without them. Is the shift to renewable energy just so much hot air, or is there truly good reason to believe that wind and solar are on the rise?

This question has taken on new resonance recently as wind turbines have fallen prey to a mass misinformation campaign in the aftermath of the energy price gouging crisis in Texas this past winter. In spite of this, wind energy does indeed remain one of the most viable and swiftly growing sources of power—a fact that a growing number of young American workers are catching on to.

A major selling point of wind energy is that it’s a cheap and inexhaustible source of power. In 2015, the US Department of Energy released a study showing that by 2030, wind energy will likely generate up to 20 percent of the entire nation’s electricity, and as much as 35 percent by 2050. Federal policy has been slow to keep pace with these projections in recent years, but the Biden administration has made clear that it intends to use wind and solar power to make the US carbon neutral by 2050.

Some states are ahead of the curve. In 2019, wind power became Iowa’s number one source of energy, with turbines generating more than 40 percent of the state’s electricity. Indeed, Iowa’s main utility provider has set its sights on transitioning the Hawkeye state to 100 percent renewable energy in the coming years.

Wind turbines aren’t perfect, but another major part of their appeal is environmental in nature. In 2019, the use of wind power in the US avoided an estimated 189 million metric tons of CO2 that would have been emitted had that electricity been generated by coal or natural gas. The shift to wind and solar isn’t just a climatological consideration, however. It’s also an economic one.

As pressure mounts to cut carbon emissions, global investment in renewable energy broke records last year, exceeding $501 billion. Meanwhile, some projections show that the already staggering financial cost of inaction on climate change could soon exceed $5 trillion per year. Setting those financial figures aside, there are still plenty of sound economic and practical reasons why a “just transition” to wind and solar power is essential for American workers.

A recent geographical analysis shows that many of the regions in the US with the greatest potential to become centers of renewable energy generation are the same areas that have historically been the most dependent on the fossil fuel economy. In its analysis, the Brookings Institution recommends that the government provide these communities with targeted funding and initiatives to retrain oil and natural gas workers as—you guessed it: wind turbine technicians, solar photovoltaic installers, and other professions in the burgeoning renewable energy sector.

Where Will the Wind Take Us?

Plenty of challenges lie ahead for wind energy. For now, jobs in the fossil fuel industry are still more profitable in comparison and even in progressive states like California, leaders have yet to take meaningful action toward achieving their ambitious goal of reaching 100 percent renewable energy by 2045. Big picture: Entire market structures, outdated regulatory systems, and the physical grid itself will need to be rapidly overhauled to let the wind and sunshine in. 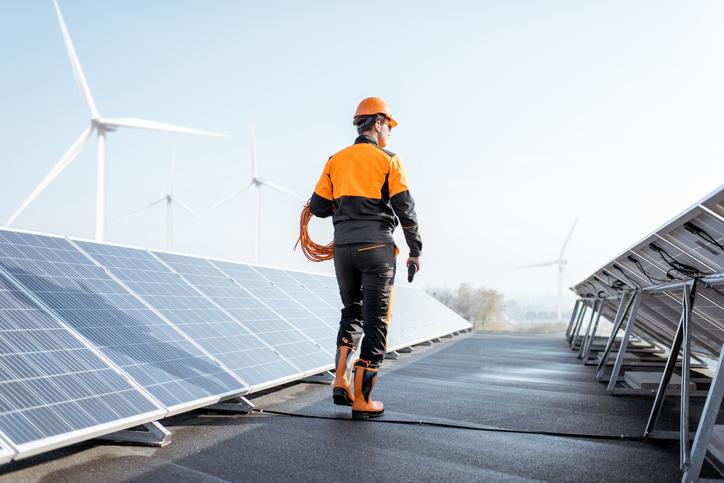 Bottom line: Is a wind turbine technician a good career? Absolutely! Wind turbine technician remains the fastest growing career in the US. There are currently more than 100,000 American wind energy workers and the Department of Energy estimates at least 600,000 more positions will become available between now and 2050. So, if you’re a worker looking for an exciting career with plenty of job opportunities in a rapidly expanding field that’s good for the environment, you should give some serious thought to sailing into the wind. 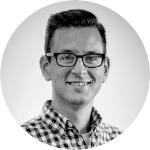 As VP of Product for Milwaukee Tool, Steve Matson is an integral player in the overall strategy, development, and delivery of new-to-world disruptive innovation for the skilled trades. Currently overseeing the development of ONE-KEY™, Matson works with the most talented engineers, software developers, and marketing leaders in the industry to provide a new level of control and access to information that will fundamentally change the way users improve their workflows across their operations. More Content By Stephen Matson